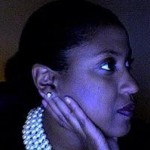 Previously a professor at Auburn University, and Claflin University, Corrie Claiborne is currently a professor of English and American Literature at Morehouse College. She received her undergraduate degree in English from Syracuse University, an M.A. in English from the University of South Carolina, and a doctorate from The Ohio State University. She has often written about the role that black women play in popular culture. Her essay “The Bride Price,” investigating black women and materialism, was published in 2003 in Sometimes Rhythm, Sometimes Blues: Young African Americans on Sex, Love, and the Search for Mr. Right by Seal Press. Moreover, she has lectured extensively about African American culture and literature as evidenced by her conference papers: “ Globalization, Identity, and the Hip Hop Aesthetic” at The University of Sydney in Sydney, Australia, July 6, 2008, “Narratives of Love, Loss, and Marginality Among Black Women” at the MELUS (Society for the Study of Multi-Ethnic Literature of the United States) Conference in Boca Raton, FL, April 28, 2006, and "Caribbean Literature And the Aesthetics of Hip Hop" at the Caribbean Literature Conference in Havana, Cuba, November 3, 2011. In 2010, she partnered with the Myrtle Beach Museum of Art and the Richland County Library in Columbia, SC to deliver a series of lectures about the similarities between the Quilts of Gee’s Bend, Alabama and the cultural artifacts of the South Carolina Low Country.

In addition to serving on numerous university and community committees, Dr. Claiborne was also affiliate faculty for the Jonathan Jasper Wright Institute for the Study of Southern African American History, Culture, and Policy at Claflin University. In 2009, she was awarded a UNCF/Mellon Fellowship at Harvard University. .